The city of Trieste has been known as the city of coffee since the times of Napoleon Bonaparte. During the Austro-Hungarian Empire, it has become the most important merchant port of the whole empire and the goods handled in it had their origins in both of the Americas, East and West India. In that time, coffee was becoming the most traded article, because it has started to gain popularity in all the major European cities.The city of Trieste itself supplying the fruits of the coffee plant to other European destinations at that time began its love story with coffee, which prevailed until the present day. This relationship is based on the vivid passion of the people and companies, which day by day make the effort to produce a coffee that is unique, and offer world class products and services. Coffee is not only popular in the city of Trieste, it is a form of art. Every street, every single building is directly or indirectly related to coffee: importers, exporters, shops, marketplaces, roasting houses, cafés. We represent, and want to represent all of this which is a responsibility as well as a task which we carry out every day. 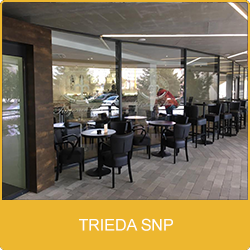